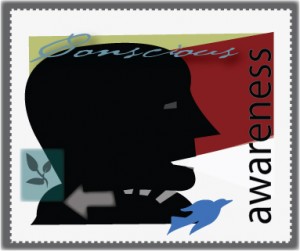 The headline and article in today’s Financial Times,  “Environment: long-term impact of green issues played down: Awareness of environmental issues is growing among consumers, who now understand more clearly the role that business plays in producing emissions or harming the environment.”

That’s the good news about awareness growing. They give a nod to the effectiveness of social media in connecting egregious acts of social injustice in, say, Mexico to the shoes you are thinking about buying here in Portland.

So what’s the bad news?

“However, the long-term impact on brands is not as great as it might seem. People have short memories and most consumers’ buying decisions are more influenced by price, convenience or product features.”

The bad news is US.

Here’s an excellent interview with Dominique Conseil, President of Aveda, on changing our habits that address the US issue.

P.S. Recent consumer study by GoodHousekeeping magazine that suggest we are on our way:

“Key findings show that concern about the environment is top of mind and influences daily behaviors and decision-making.”

In an earlier posting I talked about values washing kin to green washing and referenced the plethora of green lists out there to include Forbes’ Best Corporate Citizens, Most Ethical Companies, Newsweek Green Rankings (click for their green oil and gas company listings), and the Global 100 by Corporate Knights. I suggested that there is nothing  better than these types of awards or lists to further confuse consumers and our citizens.

Research from the New Scientist showed that there is a huge gulf (their word) between perception and reality on the part of consumers.

I actually started this posting on EarthDay after receiving another list this time from Brandkeys, a consulting company specializing in customer loyalty. Their list in alphabetical order is of the 25 Top “Green” companies (see below).  BP is on this list (but not on the ones above) and gave me pause even before the recent catastrophe.   The press release notes that their research suggests consumers “want brands to walk-the-talk, and “green” has become the cost-of-entry in many categories, making larger and larger contributions to brand engagement and loyalty.” There are some excellent companies on this list including Seventh Generation and Tom’s of Maine in the consumer products category and the Marriott in the lodging industry. And many of these companies have strong sustainability initiatives backed up by a track record.

The problem is that this business of lists when it comes to the topic of green, the keyword for where sustainability and consumerism intersect, is the business of marketing, not sustainability and certainly not when it comes to environmental sustainability. In terms of marketing, it is my opinion that these lists mislead consumers, add to the confusion in the marketplace, and are based on unsubstantiated claims.  The next question is what role do the CSR folks play in all this list making and is it responsible CSR?

From an article in the Center For Media Research, Wednesday, November 18, 2009 entitled, Recession’s Lasting Effects on Consumers.

The  recession has caused a profound, deep-rooted change in consumers’ spending habits in favor a more restrained approach. This is the “new normal.”

Referencing the study, entitled “Marketing to the Post-Recession Consumers,” by Decitica, the new normal is particularly relevant in developing “positioning” as Dr. Val Srinivas, Principal at Decitica, notes, “This research… decisively shows that marketers need a fresh lens through which to view consumers in the post-recession world…” 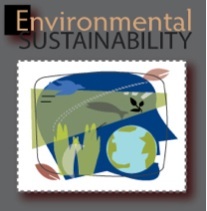 The new normal, however, may be just what is needed for sustainability to be more “marketable” and I use the term advisably.  Both men and women 40 years or  older, irrespective of income, are significantly more confident about restraining spending with 40+ women with greater disposable income are the most confident about resisting the temptation to spend now and worry later, indicating they are more long-term focused.

The article notes: This finding is not good news for marketers whose traditional audience are mainly boomer women.

The boomer women are heavy influencers, not only buyers and this bodes well for companies emphasizing the long term effects of chemical use on our citizens and the environment and for the sustainability movement in general.