In Part I of this blog post,  I wrote about the shift that’s going on with user generated content, most particularly in the context of news and the recent publishing of said content (a photo) by the New York Times.

Today, it’s about a video made of a Fox News reporter interviewing a participant in Occupy Wall Street t

hat was published in the Huff Post the  “Internet Newspaper: News Blogs Video Community” as well as on YouTube.   The point I am making is traditional media are opening up their video channels to user generated content.  Here is the not-so-traditional Huff Post open invitation.

And here is the formal invitation:

As I said the landscape of citizen-powered video reporting is evolving and in the last few weeks it is blooming.  It’s twisting the meaning of video (TV) news in an environment already mostly entertainment and talking heads, reducing the “just breaking” to a scrolling headline.

The Web is more about your time, what’s new to you, making it a far more interesting channel than TV for documentaries, stories, and interviews that contribute to the new news flow.   While social media has focused on the immediate, the Web of video is also part now, but unlike posts using blogs, twitter and Facebook, it has a much longer shelf life, a longer tail.

The thing about user generated content that was rife especially before journalists turned to blogging was the quality issue, not just in style and good grammar, but being detached, checking facts, and being accurate. This brings me to the article from the Center for Media Research headlined “News Organizations Take It On the Chin” summarizing the Pew Research Center’s report. The bleak 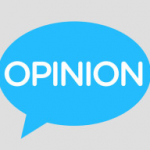 findings include “negative opinions about the performance of news organizations now equal or surpass all-time highs on nine of 12 core measures the Pew Research Center has been tracking since 1985.  More to the point, “Fully 66% say news stories often are inaccurate, 77% think that news organizations tend to favor one side, and 80% say news organizations are often influenced by powerful people and organizations.”  And, back to the Internet thing, “Among those younger than 30, the internet far surpasses television as the main source for national and international news.” Oh Boy.

A perfect time for schools of journalism to sponsor public discussions, seminars and debates in partnership with the citizen-powered media folks such as Amy Goodman and Michael Moore.  Amy’s interview of Michael on Democracy Now is great as is her speech at the news conference she gave yesterday at Zuccotti Park in Lower Manhattan, where hundreds are camped out with the Occupy Wall Street protest.  She announced the landmark settlement stemming from her arrest (over forty  journalists were arrested) in St. Paul during the Republican National Convention.