EarthSayers.tv received press credentials to cover the 34th America’s Cup in San Francisco last month.  If you are like many of my friends you may be wondering how it is that EarthSayers, voices of sustainability covers a major sporting event.  When you see the first of a series of interviews we did during the event you will better understand the emerging field of event sustainability and the specialty within, sporting events. Our first interview to be released is with author and Olympic Gold Medalist Jill Savery and head of sustainability for the America’s Cup Event Authority. The interview is published as three videos:

What Is Sustainability? The best definitions of sustainability come out of the application of its principles and practices and in this interview Jill talks about embedding sustainability in all of the various roles at this major and complex sporting event. Click here to view video interview. (1:16)

Sustainability at the America’s Cup Finals. Stem to stern sustainability reflects total integration ranging from power and fuel to public transportation and partnering with organizations such as Sailors For the Sea, the official Clean Regattas partner, and with

Offsetters, the Official Carbon Credit Supplier and their Great Bear Forest Carbon Project. There is no better way to

understand the complexity and challenges facing Jill when she took on the job than to hear her talk about “minimizing any potentially negative impacts of this event here in San Francisco whether it’s on land or in the water and then maximizing all possible legacy benefits for the City of San Francisco and the Bay.”  Recently, Sailors for the Sea proudly announced that the 34th America’s Cup earned a Sailors for the Sea Platinum Level Clean Regattas certification, the highest level possible reflecting the success of Jill and her team at sustainability achieving goals and objectives.  View this informative interview with Jill by clicking here. (7:49)

Sustainability and Sport.  Olympic Gold Medal Winner Jill Savery talks about her career in the field of sustainability, particularly sporting events and sports.  In addition to the America’s Cup her professional experience included the United States Olympic Committee, the London 2012 Organizing Committee for the Olympic Games and Paralympic Games, the Chicago 2016 Olympic and Paralympic Games bid team, the England 2018 FIFA World CupTM bid team, and several municipalities in the United States to embed sustainability into operations. (3:55)

Throughout her life she has coached and mentored athletes for over two decades. Savery earned a Master’s Degree in Environmental Management from Yale University, and a Bachelor’s Degree from the University of California at Berkeley. In 1996, Savery won an Olympic gold medal in synchronized swimming, and was later inducted into the International Swimming Hall of Fame.

This video is in our Leadership Development special collection, here, on EarthSayers.tv, Voices of Sustainability.

So, we covered sustainability at the America’s Cup and hope to have the opportunity to do the same at other major events so as to shine the spotlight on the sustainability advocates and professionals who are reducing their event carbon footprint creatively and with respect for our environment and people. Increasing sustainability awareness and advancing the leadership is our objective here at Earthsayers.

iss out on any of the excitement of the races and witnessed the amazing “never give up” attitude of Jimmy Spithill and his crew, Oracle Team USA, as they came from eight races behind to win the Cup. (video here communicates excitement level).

Our team consisted of myself as producer/interviewer, David Okimoto, videographer and Mary Kay Okimoto, logistics. 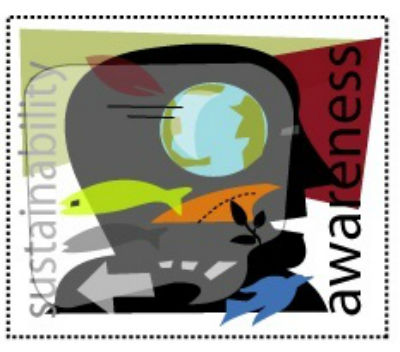 EarthSayers.tv recently published to our Ecotourism special collection a selection from the presentations given at ESTC 2010, the EcoTourism and Sustainable Tourism Conference held here in Portland, September 8-10.  Also published were interviews conducted at the conference by myself and filmmakers, Barry Heidt of SustainableTV and Erich Lyttle. Post production work was provided by Tom Hopkins of Sustainable Today TV.    The sponsor of this event, The International EcoTourism Society (TIES), like others we have covered in the past, including the Seattle Green Festival held in June, was financed out of our own pockets. Why?  Because most organizations sponsoring green events invest in “pre” conference marketing with the backend or post conference a dead zone with no budget. We think this is seriously inhibiting awareness and adoption of sustainability principles and practices which is the mission of EarthSayers.tv.

Viewing events, especially annual events, in a linear fashion in the age of Web marketing is inhibiting the growth of the sustainability audience and, ultimately, has a negative impact on attendance objectives for organizations sponsoring sustainability conferences and events. 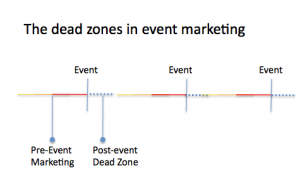 The Web is a timeless environment and needs to be seeded with content frequently. Relevant and quality content remains king.  However, accelerating the growth of an audience does requires the marketing process be viewed and acted upon as a continuum. Peppering the Web with content from one event to build interest in the next one should be understood as a requirement. 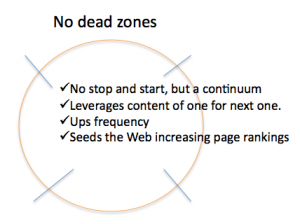 We bring to the sponsors of sustainable and green events not only the ability to produce content at an event in a more personal way – interviews as opposed to the pre-web practice of video taping presentations from the back of the room. We now are able to demonstrate the efficacy of our work as we not only produce content but provide the network, EarthSayers.tv, for distribution which along with our channel on YouTube. This positions the conference organizers and presenters as part of the sustainability movement and seeds the Web increasing page rankings for all involved and making the people and information easier to find. As we all know, searching is one thing, finding is another.