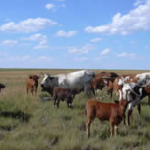 On Friday I published a post entitled, Sustainability: Cows, Sage Grouses, and Grasslands. It included reference to a newly released environmental documentary, Cowspiracy: The Sustainability Secret and two video interviews, one with Jeff Goebel and another with Allan Savory.  Jeff wrote me back and emphasized the relationship of cows and grasslands to the central issue he sees as “to pull carbon and water vapor back to the soils of our earth.”  Cowspiracy, like other documentaries such as Meatrix and the Lie We Tell Ourselves or Back to the Start sponsored by Chipotle drive home the costs of corporate farming to Mother Earth, her ecosystem, animals, and people.  This, however, is just one part of the story.

Here is Jeff’s message to me (and you) that deserves your attention.

The message in this film (Cowspiracy) is good, from the standpoint of the problems with the conventional system of cattle production and consumption.  Unfortunately, the message completely misses the point of the need for ungulates (hoofed animals) on grass and savanna lands, and sets up the condition “to throw the baby out with the bathwater.”  This is very serious to solving our climate change issues.

Our greatest opportunity to pull atmospheric carbon and water vapor back to the soils of our earth are through migrating ungulates.  If we still had the bison and antelope populations (and other ungulate species globally) with the associated predator behavior, we would be fine.  However, this is not the case. 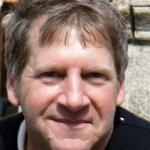 If we have 10-15 years (and I am not sure we have that), we need to throw everything that we can are reversing the issues of excess carbon in the atmosphere.  Anything that takes away from this mission is very challenging.  These massive forest fires (with carbon pouring into the atmosphere, damaged soil productivity, and lost photosynthesis abilities); massive clear cutting of forests and poor management of forest lands; poor carbon intensive cropland management; and overgrazing and over-resting of grass and savanna lands are major opportunities for us to reverse the trends to our atmosphere.

There is a very significant difference between grain-fed beef (and other livestock) and grass-fed beef.  Usually those who management for grass-fed beef are doing things that are very healthy for our landscape and our well being.  Better land management changes succession of the landscape so you end up with species that are healthier for higher life forms, like humans, and returns water back into stabilized soils.

While I agree that conventional livestock production is very destructive, there are many producers that are doing very beneficial things for the earth and the people on this earth.

With respect and gratitude,

One action you can take is to buy grass-fed beef which if you are on a budget will mean eating less beef as it is more expensive but, on the positive side, most likely locally sourced and found increasingly in grocery stores and restaurants as part of their sustainable sourcing practices. There are programs such as Ecotrust’s Food and Farms Program as well as articles detailing potential health benefits.

Allan Savory, How to green the world’s deserts and reverse climate change