In the last weekend of April I attended the conference, What Is Documentary: Yesterday, Today and Tomorrow at the University of Oregon’s Portland campus organized by Gabriela Martinez and Janet Wasko of the School of Journalism and Communication.  As noted in a previous blog post, it was an extremely interesting two days and three evenings of presentations and film screenings. Best of all, I had the opportunity to interview the ethnographic filmmaker David MacDougall.  The interview is in two parts: David MacDougall on Filmmaking and Children in India: Three Places of Learning.

In the interview David reminds us there are two kinds of documentary.  Some are made based on pre-existing knowledge and prior research while others are the research process itself, a process using video to discover and explore. He notes with the latter “what you end up doing is a product of what you learned during the making of the film.  The process “often shifts you into an entirely different direction so it’s quite open ended.” 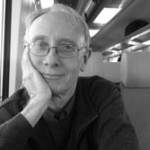 Organizations that fund research and explorations, foundations in particular, might follow the lead of early adopters such as The Ford Foundation and their initiative, JustFilms.  JustFilms “focuses on film, video and digital works that show courageous people confronting difficult issues and actively pursuing a more just, secure and sustainable world.” Initiative funds are distributed through three distinct paths, two of which point to support of both kinds of documentary cited by David. They are:

It’s the open-ended, exploratory process that in the past made funders and investors nervous, to the point of excluding documentaries all together, and yet it is through exploration that we are more likely to discover what is working at the personal and community level to insure a future for the next seven generations.  It’s learning from what the filmmaker finds and sees, especially about us.   And it’s understanding that such explorations are part of increasing sustainability awareness in the category, culture and consciousness.

The Story of Us 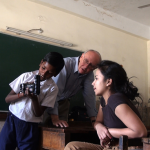 Even environmental advocates Robert F. Kennedy, Jr. and Julia Butterfly Hill talk about the “us.” Kennedy noted in this interview, “…first of all we are not protecting the environment for the sake of the fishes and birds so much as for our own sake” and Hill in this video identifies the greatest threat being our disconnected consciousness. This does not preclude producing well researched documentaries about Mother Earth, about the birds and the bees, but growing a body of work around people’s behavior that goes beyond headlines and newscasts and is not bound by preconceptions imposed by disciplines and ideologies.  David MacDougall’s films are good examples of what I am talking about and you will note in his interview he talks about how the story evolved, taking years, not months, to exploring the emotional and physical lives of children.

Economist and Pachamama co-founder, John Perkins calls out in this video the prophecy of the Eagle and the Condor, an indigenous prophecy told by first peoples all over the world about a time dominated by an intellectual, masculine, mind-driven consciousness, which is followed by an opportunity for balance between that consciousness to one that is heart-driven, intuitive and feminine. It is a call for a shift in humanity’s relationship to the Earth and our relationship to each other and, according to the prophecy, that time is now.

We need to reconnect with Mother Earth and with one another yet how?

It’s documentary filmmakers, using their skills and experience, who can help show us the way, if we invest in them and their projects that explore “fresh ideas and stories wherever they may emerge.”  And in the process bringing to the fore those in relationship with Mother Earth and community so we can learn from them.